"My daughter is heading off to college at Bowling Green State University in the fall and I just found out there is a free ATM on campus for her to access her FFCCU account! So excited! Thanks FFCCU!"

"Words cannot express my great appreciation for the help I received from Randa Parsons at the Emerald Pkwy Branch. This young lady went above and beyond my expectations. I will highly recommend her and this branch wherever I go. As a matter of fact I already did! Thank you so very much Randa any and all future car, house purchases you know I'm coming to see you!" 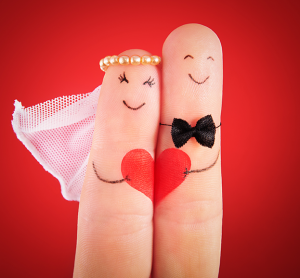 It’s no secret that weddings are expensive; you plan for months, and when you return home from your honeymoon, the excitement of living your lives together begins with paying off wedding debt. For 62 percent of Ohioans, this means discussing finances as a couple for the first time, according to the Ohio Credit Union League’s 2017 Consumer Survey.

Ohioans are not alone, though. Only 43 percent of couples in America talk finances with their significant other before marriage, according to the American Express Spending and Saving Tracker. In fact, about 91 percent of American couples actively look for reasons to avoid talking to each other about money.

Not communicating openly about financial decisions can lead to stressful situations later in a marriage. To avoid this, newlyweds should begin their journey by deciding how to combine their finances moving forward. According to the Ohio Credit Union League’s survey, 41 percent of respondents feel it’s best to combine all finances, 50 percent feel couples should combine some and keep some separate, and 9 percent think keeping everything separate is best.

A study conducted by the University of Denver’s Department of Psychology found financial problems were the fifth most-cited reason for divorce, ahead of substance abuse and domestic violence. To avoid this fate, here are some tips for discussing finances with your significant other.

·       Don’t wait until it’s already an issue: Talk about money as early as possible, preferably before you combine finances. Don’t let ugly revelations about debt or purchasing habits put undue stress on your relationship.

·       Never lie or hide finances: Take the time to share your complete financial life with your partner. Don’t conveniently forget to mention that staggering student debt you’re working through or your guilty-pleasure coffee runs.

·       Figure out how your strengths and weaknesses can complement each other: Nobody has perfect control over every aspect of their money. Find out which one of you is better at reigning in spending. Maybe the other can better keep track of bills.

·       Talk about the way your finances could look in the future: You’re likely not going to have the same job forever. Maybe you dream of flipping houses or becoming a stay-at-home parent. Talk to your partner about your goals for the future and how they might affect your combined finances.

·       Get some help: One of the greatest advantages of being a member at FFCCU is your access member education. Our team can provide expert advice for couples, whether just starting out or need to get on better financial footing. Think about scheduling an Account Review if you want a bit of help!

Firefighters Community Credit Union (FFCCU) is committed to providing a website that is accessible to the widest possible audience in accordance with ADA standards and guidelines. We are actively working to increase accessibility and usability of our website to everyone. If you are using a screen reader or other auxiliary aid and are having problems using this website, please contact us at 216.621.4644. All products and services available on this website are available at all FFCCU branches.

Update Your Browser:
Enjoy a more complete browsing experience on this and other Web sites by updating your browser now!